Harukanaru Toki no Naka de 7
Miki's Info Compilation Page
I've made this page to start compiling all the info that will be released for the upcoming Nintendo Switch game Harukanaru 7, made by Koei's Ruby Party.
This is mainly just a page for my own notes really, but if anyone else enjoys it and/or is interested then, great!

There's been a lot of new info since I last updated this page! All of the characters' designs and voice actors have been revealed now! A while ago actually. I'm slow with updating. I'm going to translate what each character's name, voice actor, and role is. I don't feel up to translating their quotes and descriptions right now but maybe I will later on. As always when I translate something, take it with a grain of salt as I'm still learning.

Oh also, the game takes place in the Sengoku era. 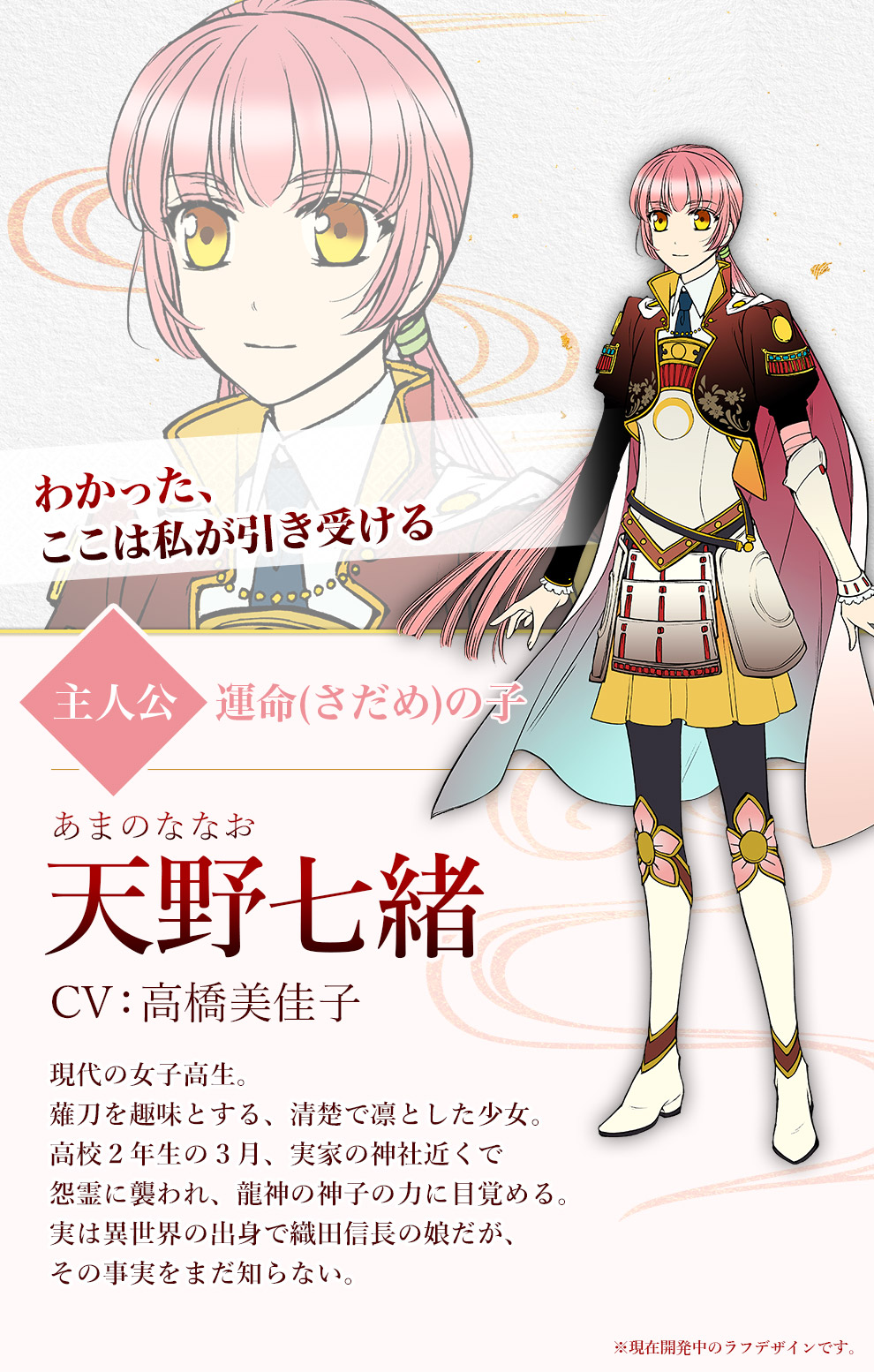 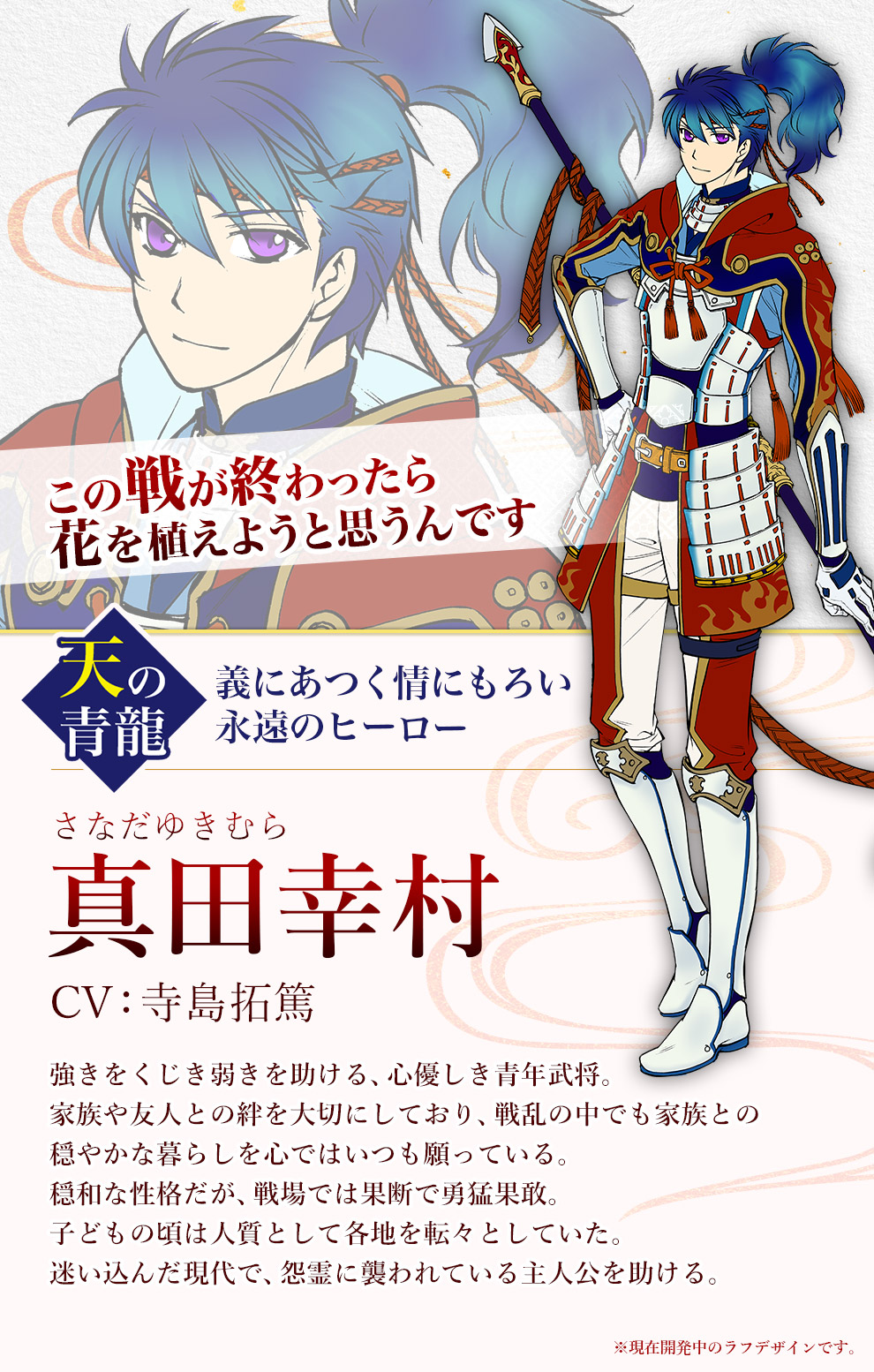 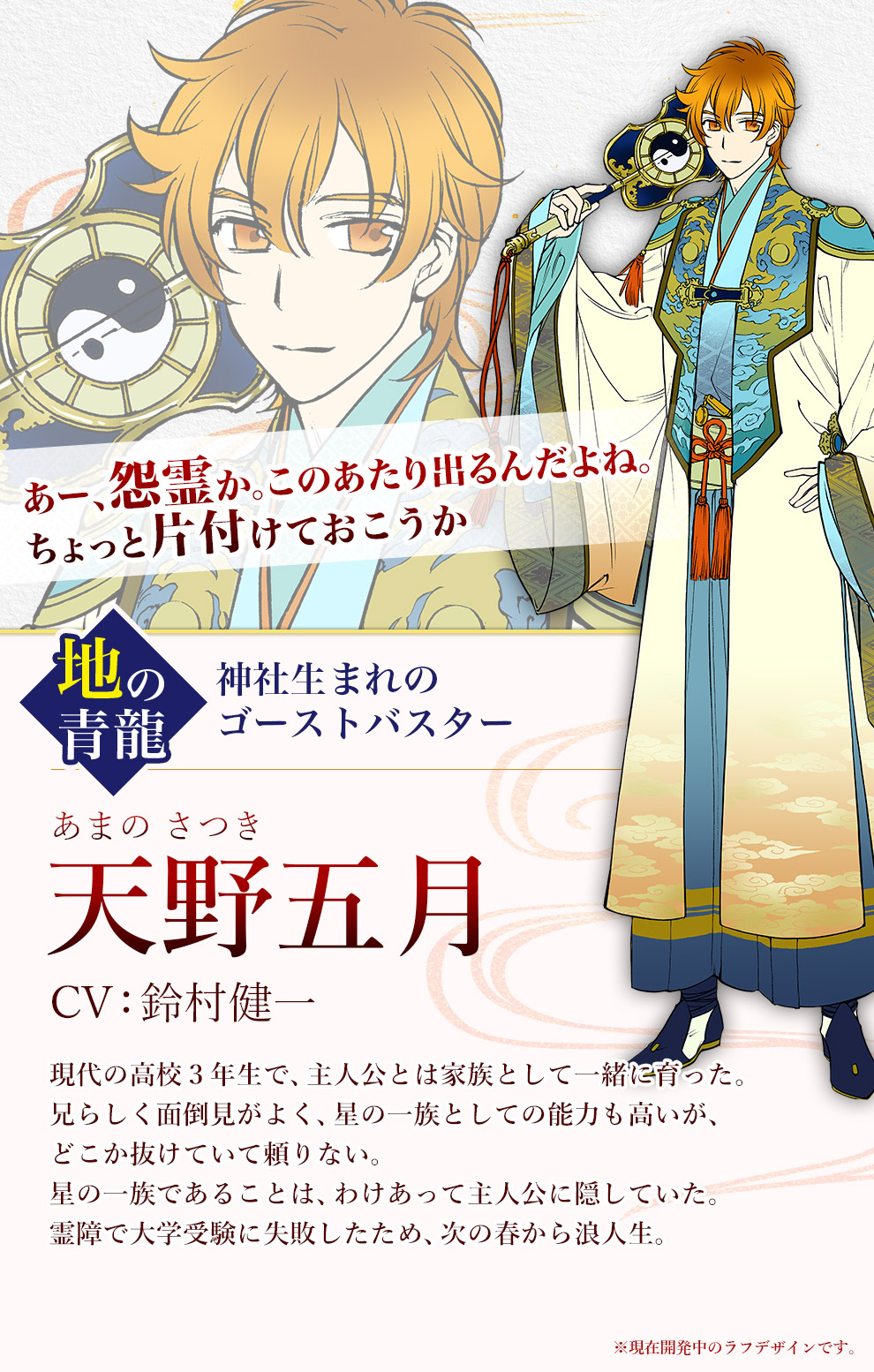 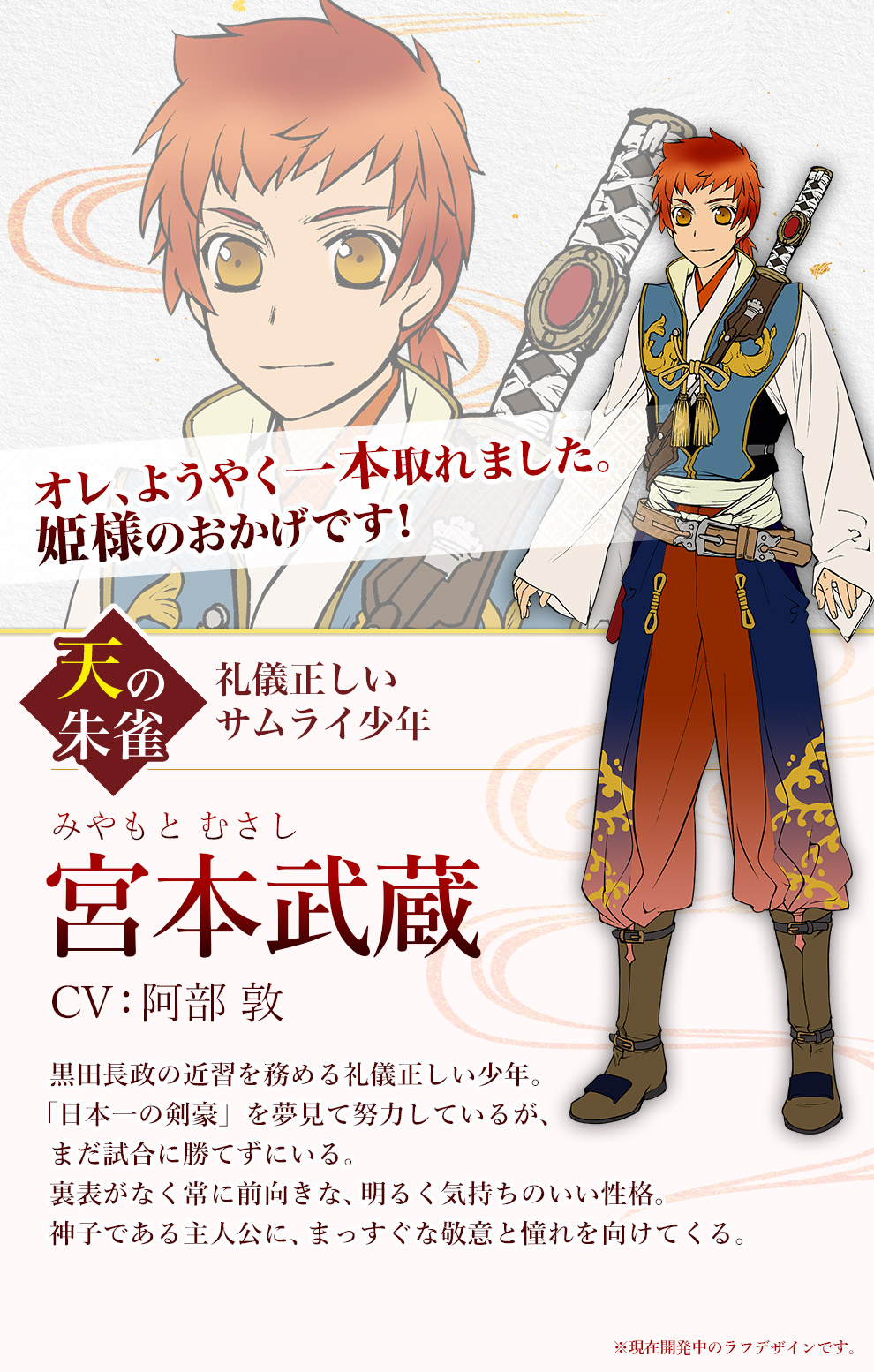 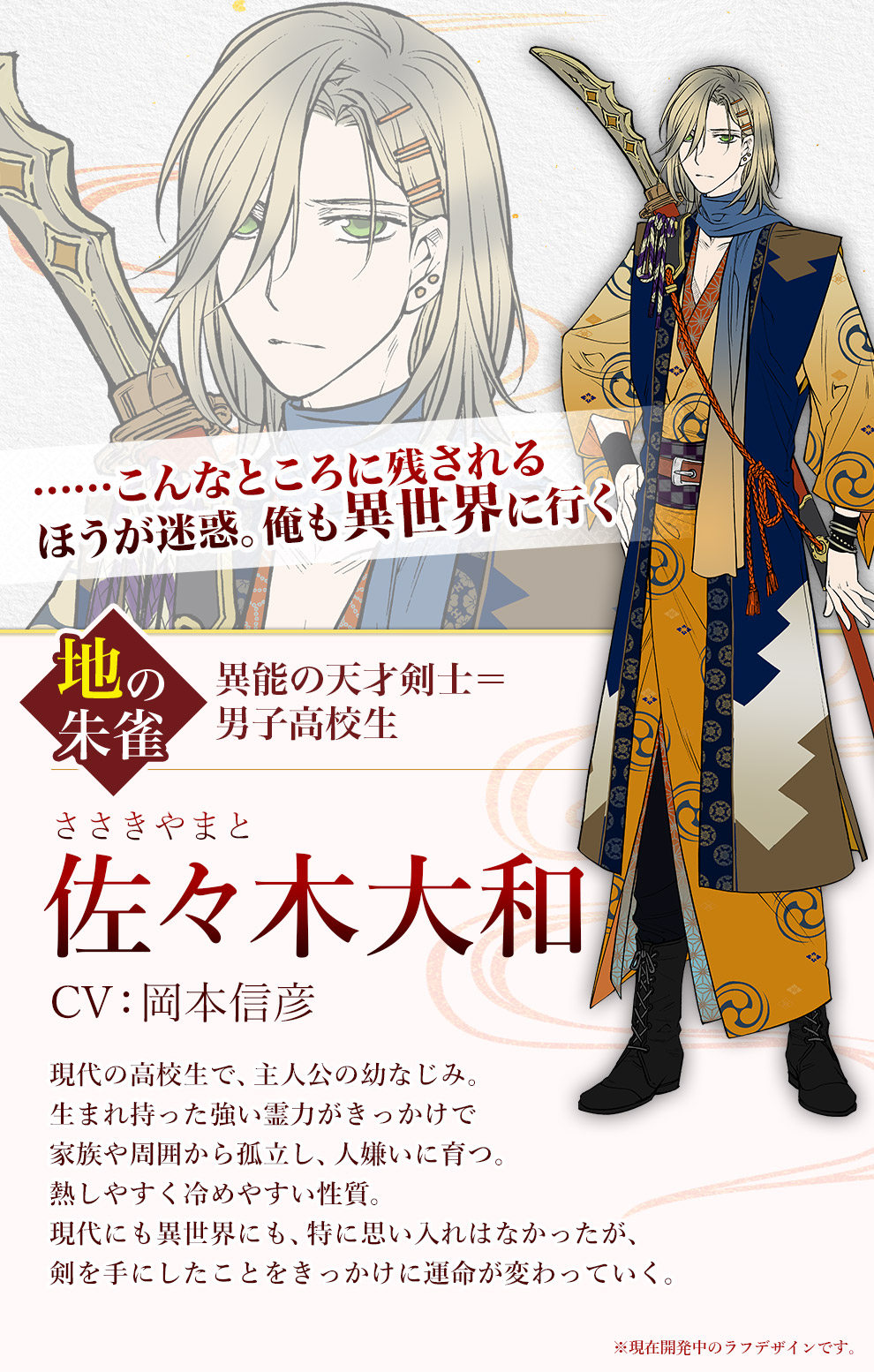 Kuroda Nagamasa (CV: Tachibana Shinnosuke)
Age: 28
Byakko of Heaven.
A charismatic lord with the most feats of war to boost of. 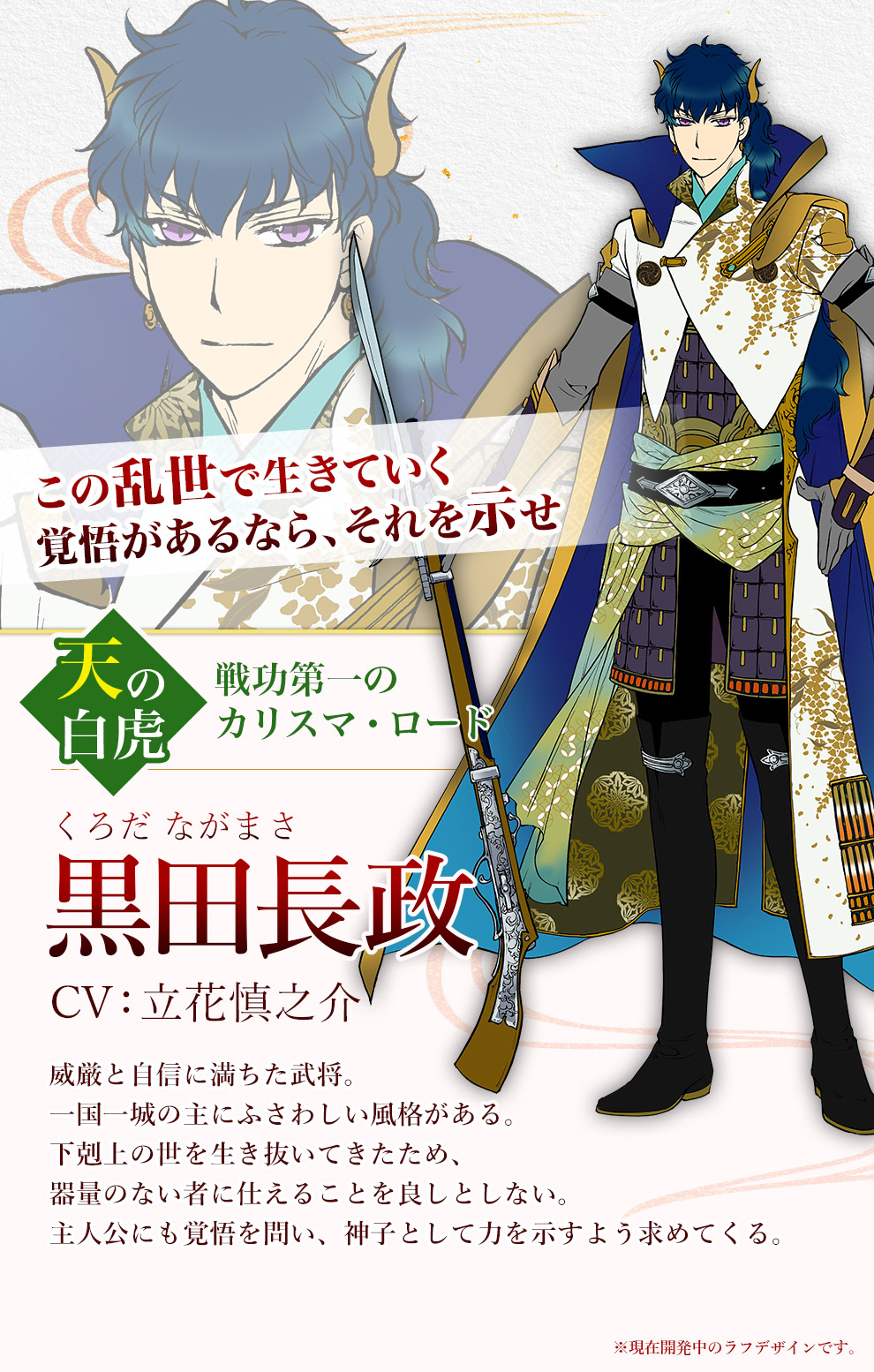 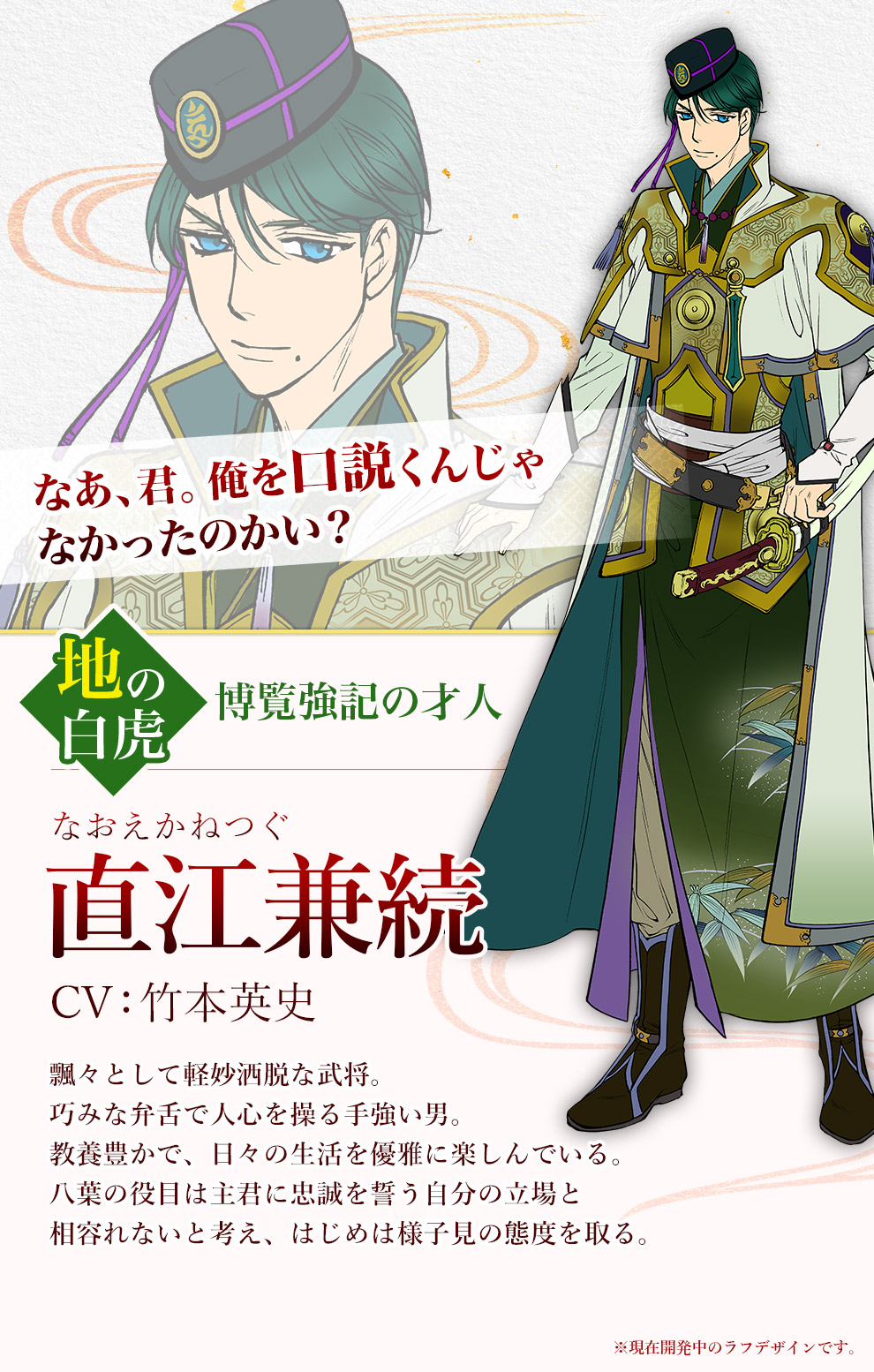 Okuni (CV: Shitanda Michael)
Age: 24
Genbu of Heaven.
A mysterious dancer who walks the path of the arts. 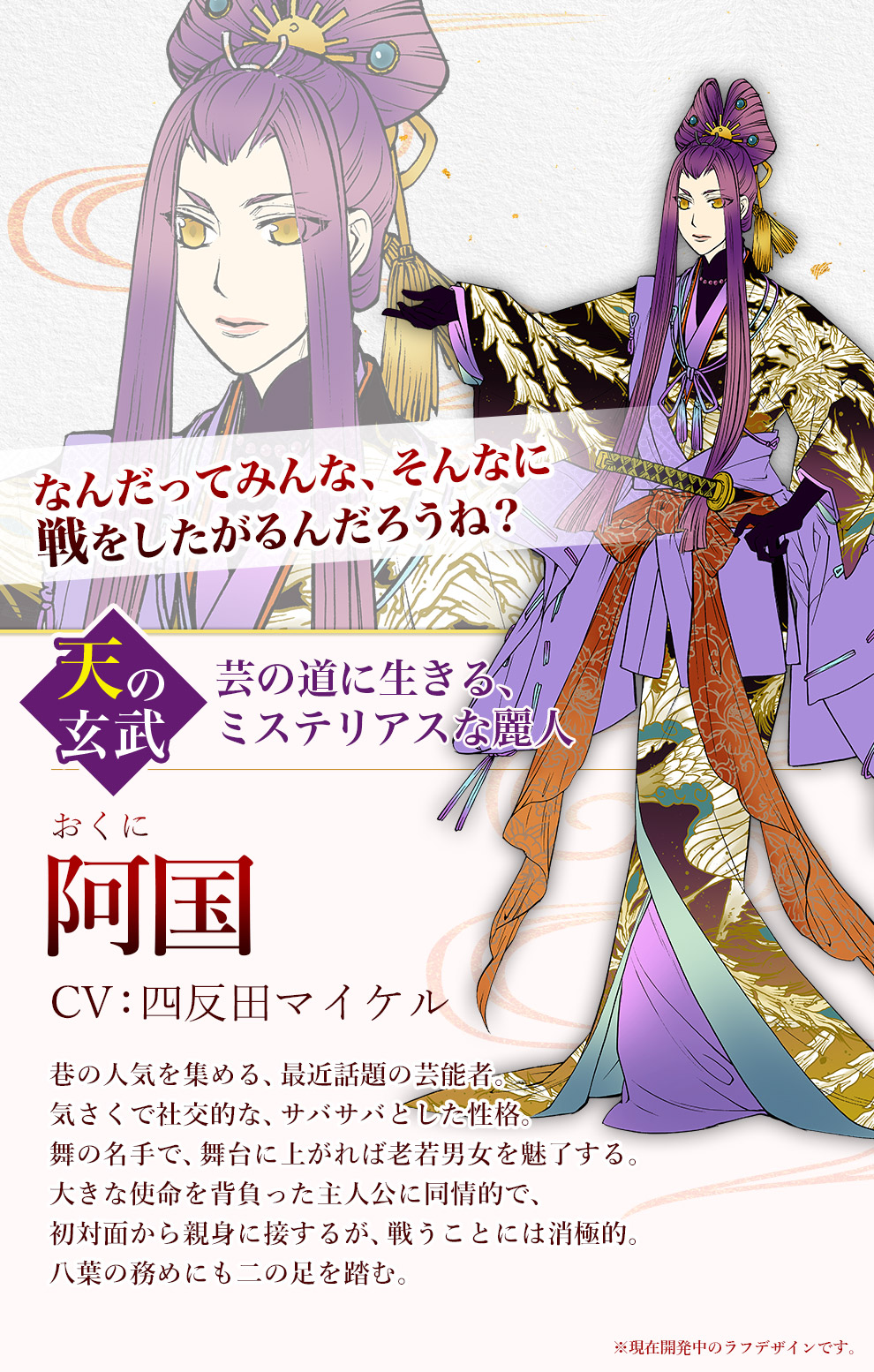 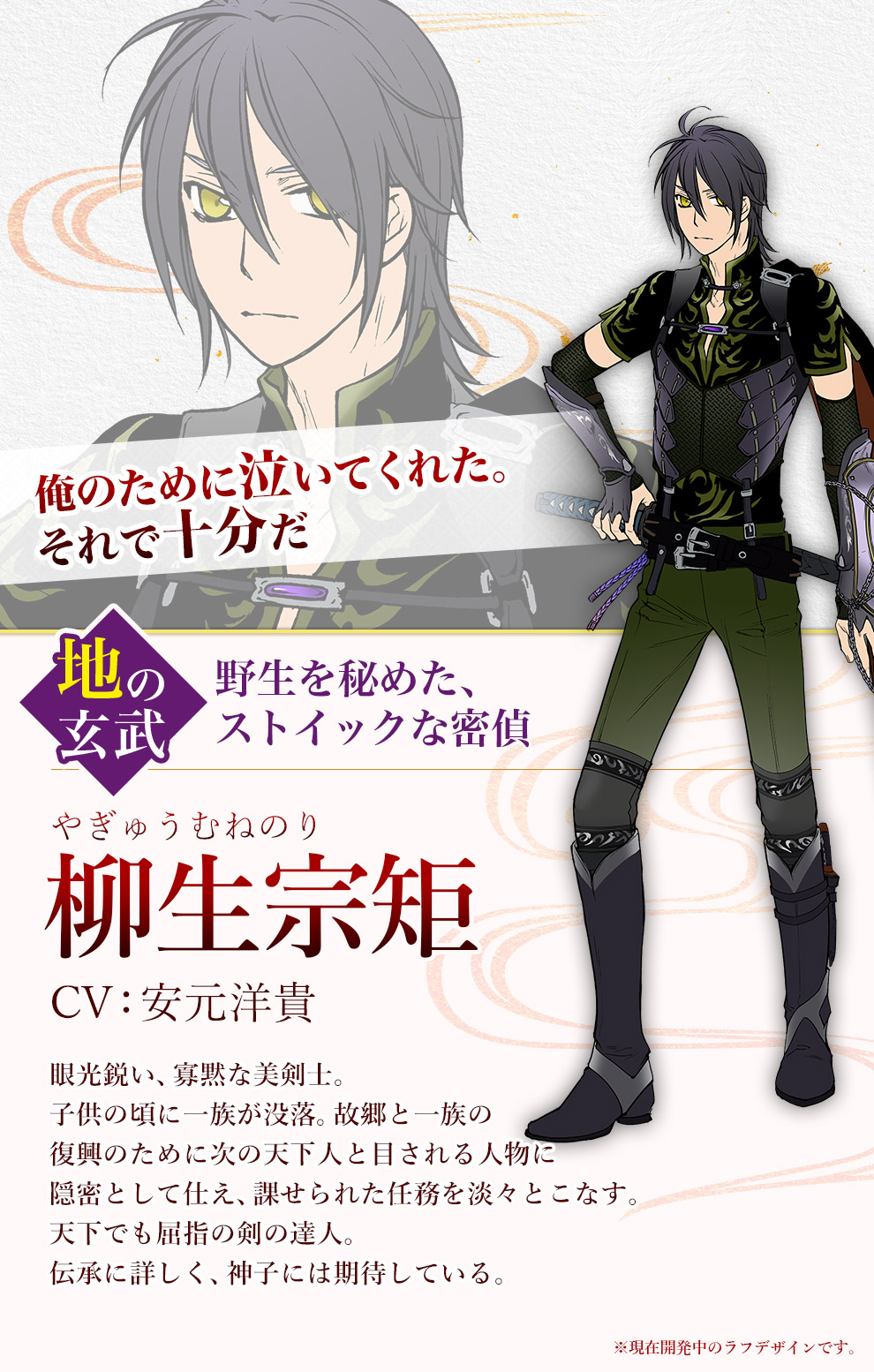 Note: The image of the characters on the official website don't have their ages. I took the ages from the character reveals in B's Log.

Initial Info!
So far the only info we have (as far as I know) is what can be seen in the teaser PV, it's for the Nintendo Switch, and that it's planned for a 2020 Spring release.
Here's a link to the official website. There ain't much on it yet.

And here's the PV.


In the PV you can see the backs of a bunch of the main characters. Presumably all the Hachiyou and our new miko protagonist.
Nothing else about them is known yet. I'm going to refer to them with nicknames I've made up until (or maybe even after) they've been named. 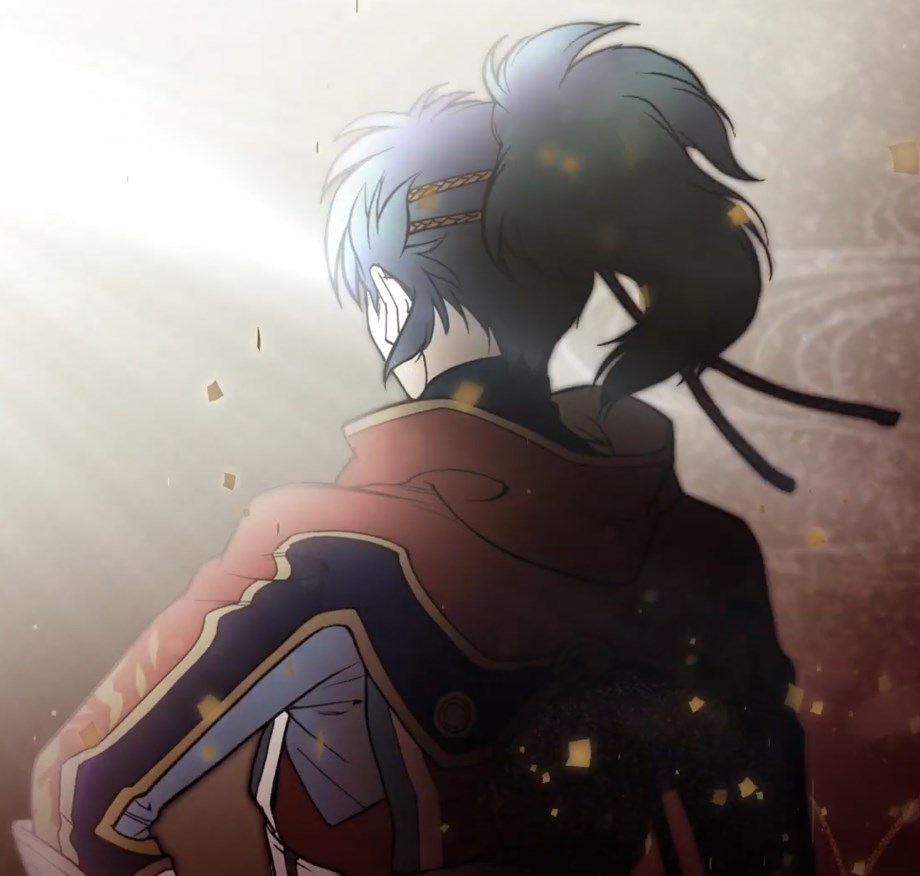 Okamoto.
(everyone in the JP fandom is suspecting he'll be voiced by Okamoto Nobuhiko so...) 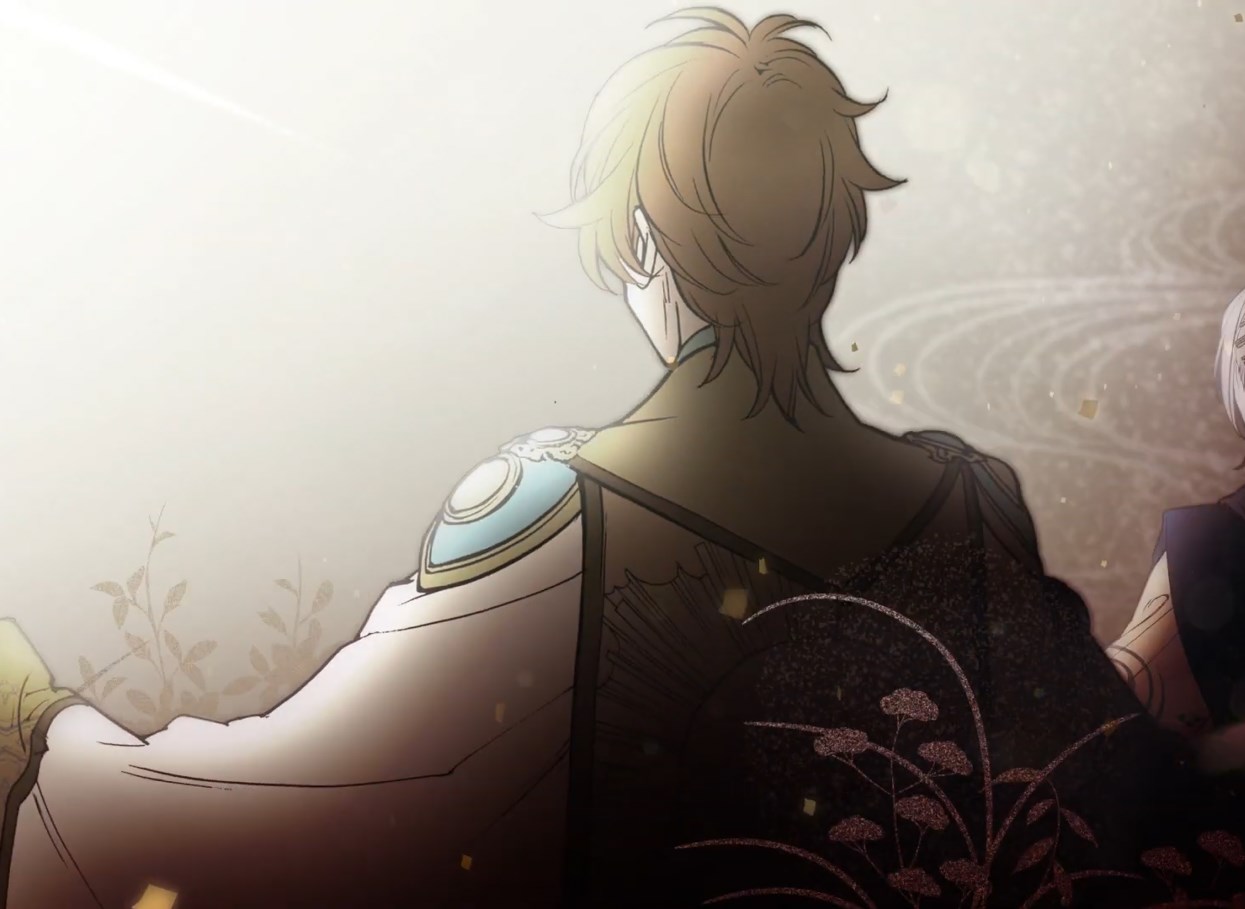 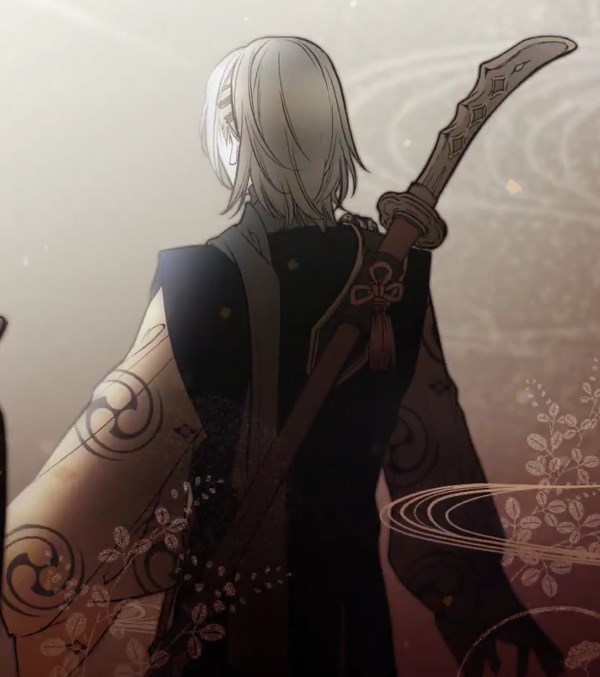 Grey.
(i can't come up with anything better for him...) 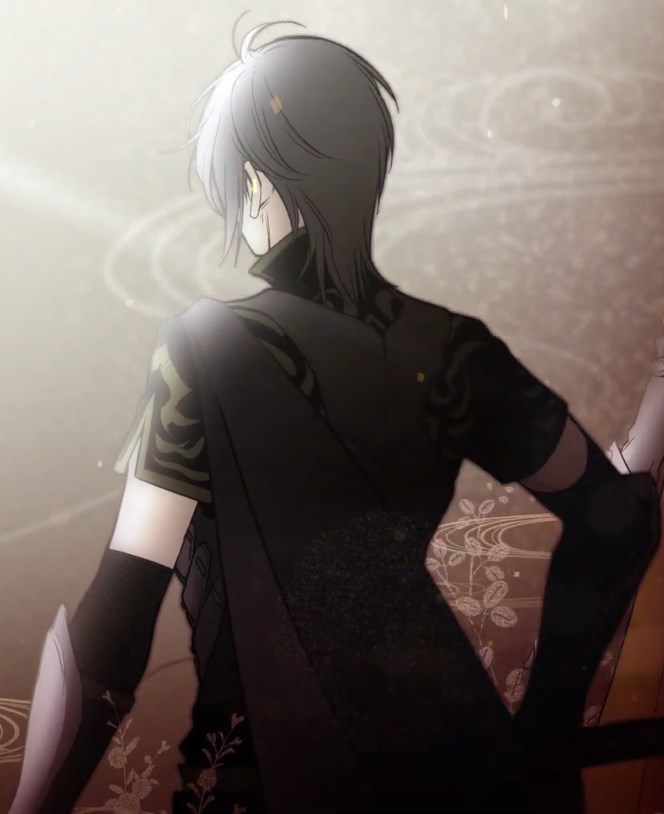 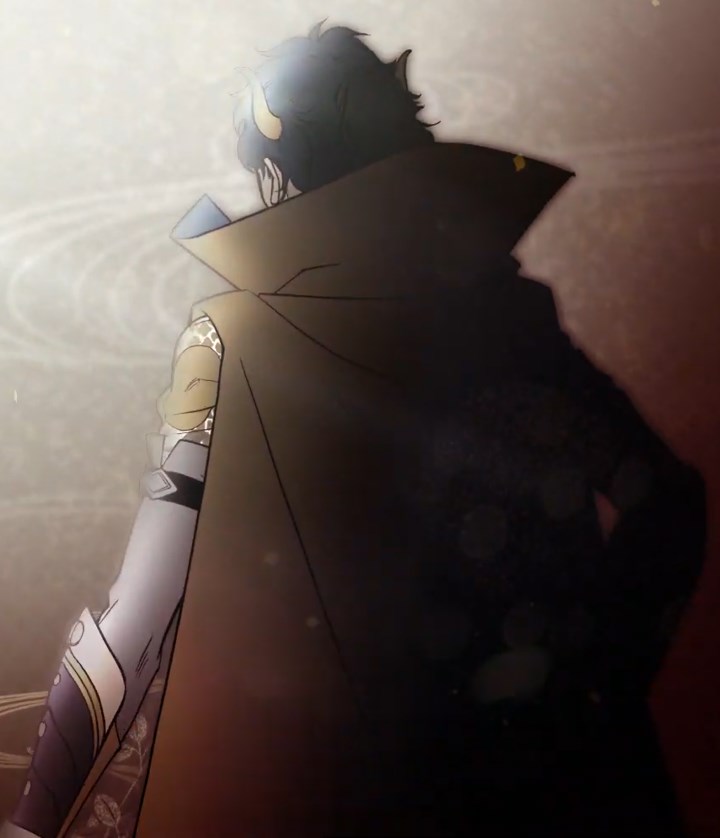 Okay frankly I'm not sure what exactly to call you, but you're beautiful and I love you already. 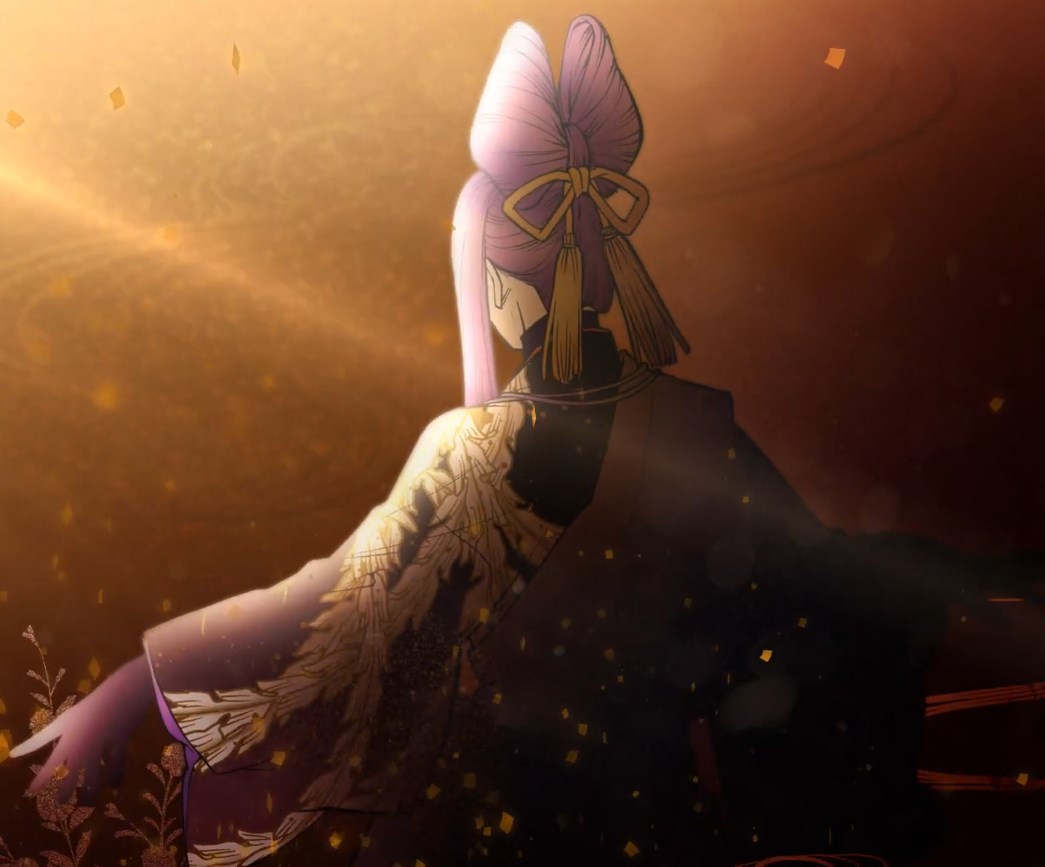 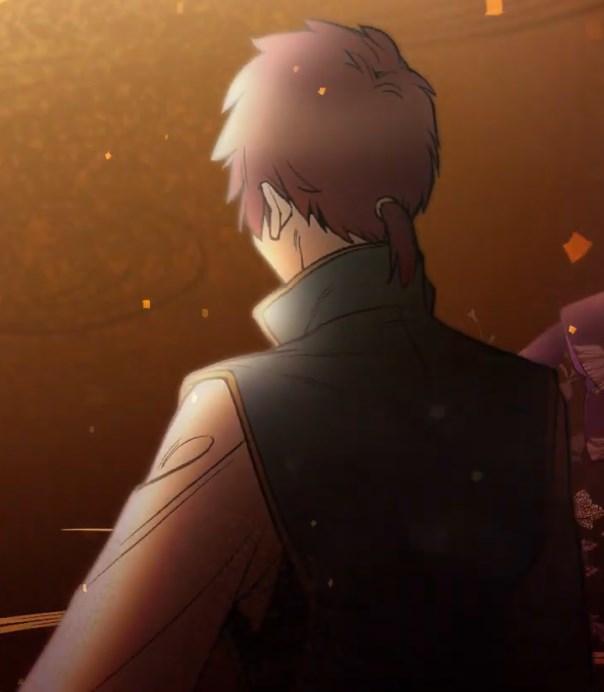 Absolute Unit.
He's too tall for his hat to fully fit into the dang video's frame. 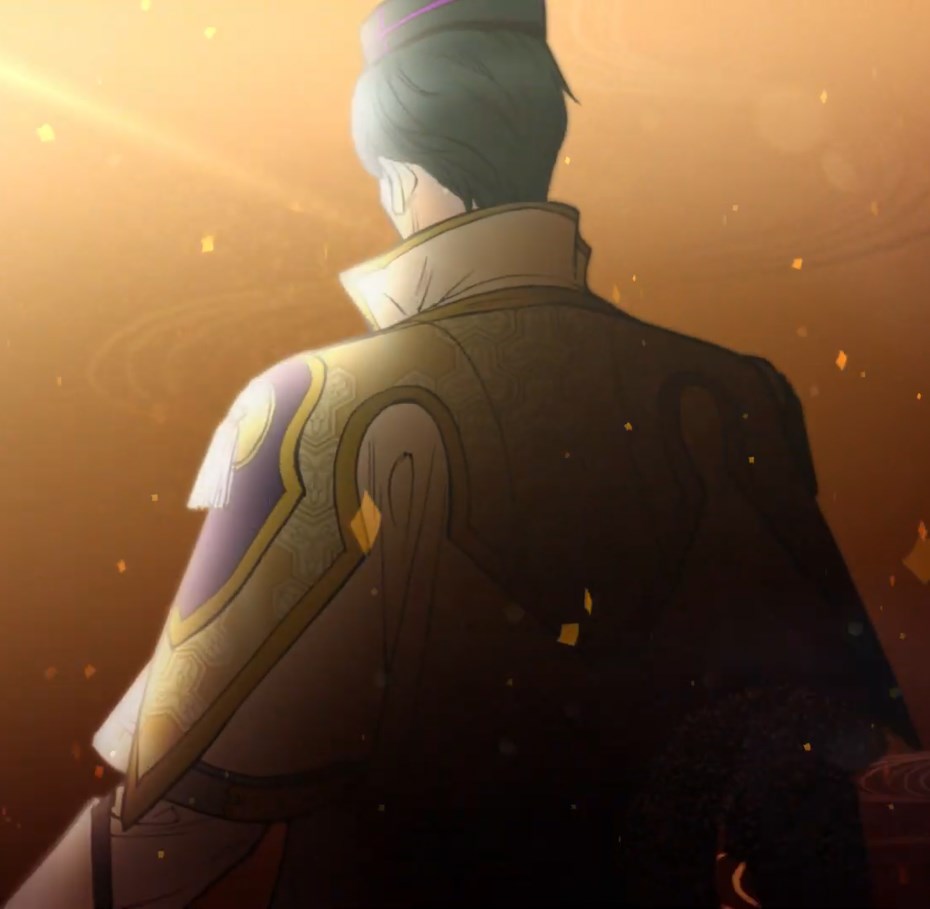 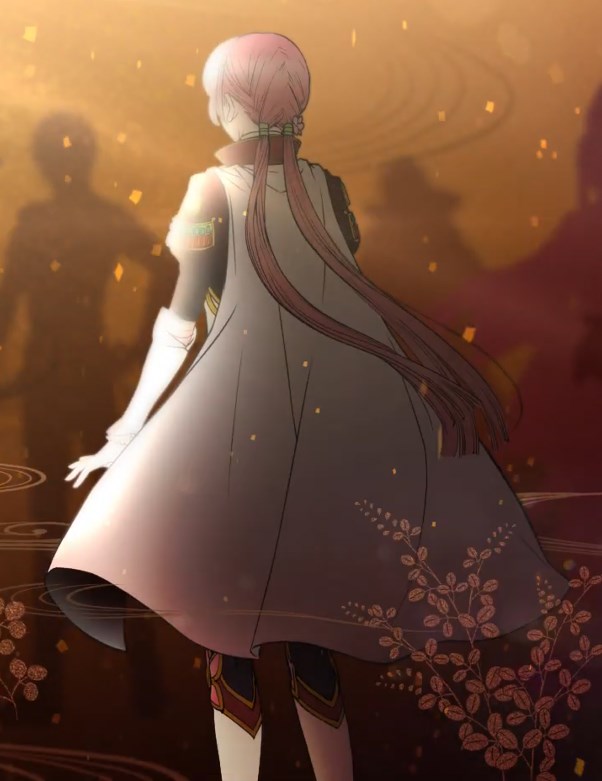 So basically! This is all we have to go off so far!
They said at the Dandyism 2 event that they would announce a new project this Summer, and I was so curious what it was. And it turned out to be Haruka 7!! For the Switch!!!
I'm going to be optimistic and hope that the gameplay is going to look better than Haruka 6's did.
I enjoyed Haruka 6, but let's be honest the battle screen looked so dull and low effort, it kinda sucked. PNG block battles SRPG.
I'm going to hope that they'll make more out of the Switch's hardware, and make the battles look great like Haruka 4's did.
PLEASE just bring back 3D models I'm begging you I've had enough of PNGs.
(my negative side knows that 3D probably won't happen because there isn't enough demand for fancy graphics in otome games...)